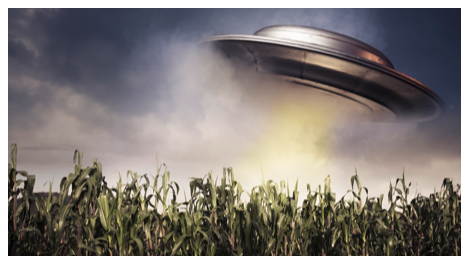 It’s rather hard to write original science fiction after H. G. Wells and Olaf Stapledon, even though I’m quite sure they cribbed their inspiration from others, too. If you read enough science fiction, you’ll discover most science fictional concepts have been around for a long time. Many go back at least a hundred years, some for hundreds of years, and few for thousands. If you compare science fiction, fantasy, and religion you’ll find many overlapping core questions about reality. Eventually, you’ll see how science fiction evolved out of myths, religion, and fantasy. Science fiction’s current claim to distinction is it explores far out concepts that might be possible with the aid of science and technology.

Once I began thinking about what we talk about when we talk about science fiction, I realized it involved a very limited number of topics explored in infinite variations. What differentiates our science fictional hopes from the desires reflected in religion and fantasy is the belief that we can make our dreams come true using brain power rather than depending on the miracles of God or the magic of the paranormal. Science fiction is all about hubris.

When we talk about science fiction we’re mainly talking about these subjects:

Astronomers are discovering new extrasolar worlds every day. So that’s becoming less science fictional. It’s still within the realm of science fiction to speculate what those worlds might contain. Mathematically, we assume life is possible on many of them. We’ve been theorizing about other worlds and other life forms at least since the ancient Greeks and probably earlier. Aren’t stories about gods, angels, and other metaphysical beings of religions and myths just historical residue of speculations about intelligent life from off-Earth worlds from the far past?

Isn’t any discussion about God or gods really a discussion about intelligent aliens? All science fiction has done is relocate theories of Heaven to more realistic sites in the galaxy. Religion has been speculating how it might be possible for our lives to go on existing after we die. Aren’t all the ideas about scientific immortality in science fiction just a continuation of those speculations?

When we talk about becoming immortal using science fiction and we dream of copying our brains to robot or clone bodies, aren’t we just participating in the latest speculation of how life-after-death could happen? Hasn’t that speculation been going on since our species began to think and talk? Could it have been science fiction when the authors of the Old Testament theorized that a powerful alien being would reanimate our bodies after the end of time? Aren’t myths and religious beliefs really science fiction that’s gone stale from learning too much about how reality really works? 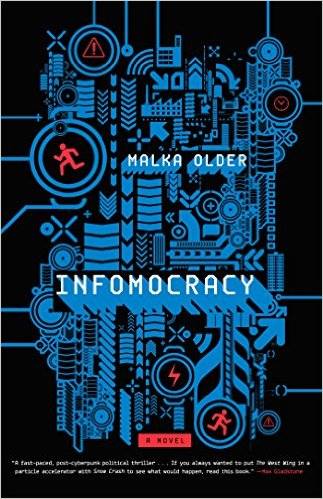 Aurora by Kim Stanley Robinson and The Three-Body Problem by Liu Cixin are examples of current science fictional speculation about the possibilities of humans traveling to other stellar systems or aliens from other stellar systems coming to visit us. Infomocracy by Malka Older is science fictional speculation about creating a new kind of democracy.

What we talk about when we talk about science fiction is whether or not the author has imagined something that could be made possible that doesn’t currently exist. Either good or bad. To be original the author must come up with something new or a new twist on an old idea. I thought Charlie Jane Anders had something new to say about the nature of science fiction and fantasy in All the Birds in the Sky (which just won the Nebula Award and is up for the Hugo this summer). Isn’t fantasy v. science fiction really magic v. science, and isn’t that deeply psychological? How much of our polarized society is due to a split between believers in magic and science?

Isn’t what we talk about when we talk about science fiction really a psychological reflection of our own desires and fears for the future? Most bookworms read to escape. They want to immerse their minds in an old-fashion form of virtual reality. I believe the hardcore science fiction fan is a reader seeking new ideas about what might be possible in reality. They expect writers to imagine possible futures that no one has imagined before.

As readers and book club members we want to talk about those possibilities.