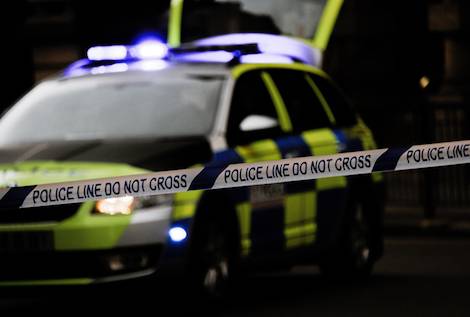 As I’ve mentioned before, crime fiction is what got me into reading in the first place, and until now, I still adore the genre, even though it’s sometimes maligned by book snobs. There are just some things about it that, in my humble opinion, need improvement.

I want to be given the chance to solve the mystery, too.

I’m not asking for an easily solved mystery—far from it, actually, because that would be too boring. I don’t want to know who the perp is a hundred pages before the protagonist does (unless that’s what the author intended). What I do want is to be given hints and puzzles that can help me solve the mystery alongside the main character(s). I don’t want to sit idly by while the detective figures it all out. I don’t want to merely be an audience; I want to feel like I’m part of the story (preferably not the murder victim).

Most novels are suffering from a major case of lacking diverse characters, but let’s face it: mainstream crime thrillers, especially those that belong in a series, are the most guilty of this crime, being populated mostly with white dudes, so much so that they start to bleed into one another (not literally). While white dudes are great in doses, I can’t help but wish that some of the important characters look a little like me. I’m thankful, though, that I’ve encountered at least a few fictional detectives who are black (Alex Cross, Alex Cross series), Jewish (Peter Decker, Peter Decker and Rina Lazarus novels), gay (Milo Sturgis, Alex Delaware novels), and disabled (Lincoln Rhyme, Lincoln Rhyme series). There are also my girls Jane Rizzoli (Rizzoli and Isles novels) and Kinsey Millhone (Kinsey Millhone Alphabet series). But where is my kickass female Asian sleuth?

Cozy mysteries often have middle-aged ladies or any-aged cats, both of which are awesome, as their protagonists. Murders happen in their supposedly quiet neighborhood at an increasingly alarming rate, and they manage to solve mystery after mystery through sheer luck, finding that single strand of hair in the crime scene that a whole forensics team somehow missed, before the bumbling local police can even so much as say, “This is seriously stretching my suspension of disbelief.” This is fine; I love cozy mysteries from time to time. I just wish the situations are more plausible, the characters more relatable.

I want a romance-free thriller/mystery.

Not many will agree with me on this, because who doesn’t like a little romance? I do like romance, just not near my murders. (That came out wrong.) You know how baffling it is when, in some action movies, everything is exploding and Cthulhu is rising from the depths of the ocean, but the hero takes the time to make out with a girl he met in the first half of the movie? Well, it’s a bit like that for me when I’m reading a crime thriller and the two detectives assigned to the case are making lovey-dovey eyes at each other and creating drama instead of, I don’t know, solving the case?! There’s a dead body right there, guys. Stop flirting!