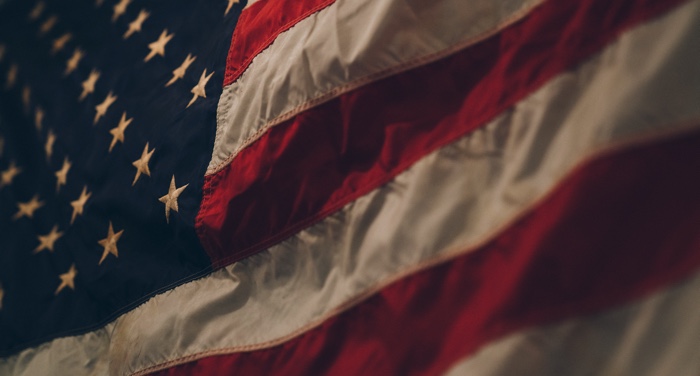 (An amusing note: when I started writing this article, I first googled the phrase, because I like to see what other sources are out there before I attempt to reinvent the wheel. When I had typed “great American,” Google helpfully autofilled with “great American cookie,” “Great American Baking Show,” and “great American craft beer.” I am particularly interested in the cookies.)

The Origin of “The Great American Novel”

The glaring issue with De Forest’s concept is its unbearable whiteness. In the essay, he names Uncle Tom’s Cabin as a the most likely potential Great American Novel, but cautions that it is imperfect: “…there was (if idealism be a fault) a black man painted whiter than the angels…” What, pray, is ideal about that?

He concludes that Stowe’s novel is the closest there is after dismissing Nathaniel Hawthorne’s romances* because his characters were not specifically and resonantly American—he says they are “as probably natives of the furthest mountains of Cathay or of the moon as of the United States of America”; Washington Irving’s genre writings; and James Fenimore Cooper’s (Last of the Mohicans) writings of “Indians” (at least in his case De Forest’s criticism was that he “knew next to nothing” about his subjects, perhaps the earliest call for #OwnVoices writing that we will find from a white man).

*The romantics have very little in common with the modern romance genre and the two should not be confused.

Having discarded past novels and found nothing quite right in then-modern novels, perhaps De Forest’s Great American Novel still remained to be written in 1868. Has it been written since?

Of course, the 1868 definition of the Great American Novel has evolved and changed in context over the last 152 years. For one thing, there have been a lot more novels written by Americans. Like just a staggering number of American novels, great and otherwise. So many novels.

Emily Temple at LitHub wrote a wonderful rundown of 24 novels commonly cited as potential Great American Novels, ultimately coming to much the same conclusion as I will come to here: the entire concept is flawed.

What are “the ordinary emotions and manners of American existence”? Can that be defined in a single volume? In a country with a storied history of genocide of Indigenous peoples, kidnapping and enslavement of African peoples, and unequal civil rights for all, what is ordinary? What one novel could cover those emotions and manners? Is American existence that of a white man? Is it that of a Native American? Is it that of a Black woman descended from enslaved ancestors? Perhaps an asylum seeking immigrant? These are all American perspectives, and there are many more.

Cheryl Strayed has argued that there was never meant to be just one.

“That De Forest was arguing in hopes of not one Great American Novel, but rather the development of a literary canon that accurately portrayed our complex national character, has been lost on many, as generation after generation of critics have since engaged in discussions of who might have written the Great American Novel of any given age, and writers have aspired to be the one chosen — a competitive mode that is, I suppose, as American as it gets. It’s also most likely the reason that the idea has persisted for so long. To think that one might be writing the Great American Novel, as opposed to laboring through a meandering 400-page manuscript that includes lengthy descriptions of the minutiae of one’s mildly fictionalized childhood (pushing a bicycle up a hill on a hot Minnesota day, sexual fantasies about Luke Skywalker), is awfully reassuring. I have a purpose! I am writing the Great American Novel!”

—Strayed, “Why Are We Obsessed With The Great American Novel?” The New York Times January 13, 2015

“But rather than make a case for my genre, or my personal favorites otherwise, let me instead suggest that the Great American Novel is a moving target and that the space is filled by a novel that in any particular time best fulfills three main criteria:

Ubiquity: It has to be a novel that a relatively large number of Americans have read, and that a large proportion of those who haven’t read it know about in other ways (for example, by a popular filmed adaptation ).

Notability: There has to be a general agreement that the novel is significant — it has literary quality and/or is part of the cultural landscape in a way that’s unquestionable (even if critically assailable).

Morality: It needs to address some unique aspect of the American experience, usually either our faults or our aspirations as a nation, with recognizable moral force (not to be confused with a happy ending).

In fact, at this point in the great American experiment, there’s really only one place to consistently find novels that hit all three criteria: high school English class reading lists. They’re on those lists because of their notability and morality; and because they’re on the lists, they’re ubiquitous — a large number of Americans have read them.”

—Scalzi, “Listen to your teacher: The Great American Novel is ‘To Kill a Mockingbird’” (Los Angeles Times, June 30, 2016)

Our own Mary Kay McBrayer made a passionate case for the same novel (though not in the context of the Great American Novel) and why you should reread it as an adult.

On the other hand, some have called for its removal from the canon pedestal to make room for own voices fiction. Rioter Jennifer Marer wrote:

“Although To Kill a Mockingbird is great at describing America’s racist history, it uses Finch as the hero of the story. Readers don’t get to see African Americans as leaders in their own fight. The time is long overdue for allies to support civil rights without seeing themselves as the stars of the narrative.”

—Marer, “Is It Time to Retire To Kill A Mockingbird From Required Reading Lists?” (Book Riot, February 12, 2018)

It seems the only reasonable conclusion that the concept of the Great American Novel is flawed, and there are either many or none.

What About “The Great American Poem”?

“…We may be confident that the Great American Poem will not be written, no matter what genius attempts it, until democracy, the idea of our day and nation and race, has agonized and conquered through centuries, and made its work secure.”