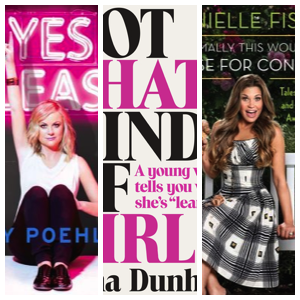 If you’re reading this, there’s a very good chance you’ve already watched the teaser for Star Wars: The Force Awakens. If not, here it is. Or you can just watch it one more time.

It’s a pretty dang good little teaser, but it instantly got me thinking of one of my favorite offshoots of the franchise, Star Wars Legacy. The second volume of the series focuses on Ania Solo and her rag-tag band of misfits as they bounce around the galaxy thwarting a sinister Sith plot that’s written by Corinna Bechko and Gabriel Hardman with art by Hardman and Brian Thies

Look, I get it. That sounds very much like the tried and true Star Wars formula, but dang, are these good comics. Like, really good comics.

Bechko and Hardman weave a plot thick with tension that’s tighter than any force grip. Ania Solo is a junk dealer in the outer rim of the galaxy some 100+ years after the fall of the original Death Star. She’s got a Mon Calamari buddy (you know, the fish people that are obsessed with telling people when there are traps) named Sauk who is a down on his luck refugee barely getting by. They stumble onto a lightsaber and know they can make some quick cash off of selling it. Obviously, this is Star Wars so things need to get out of hand, which they do rather quickly. Before too long, they’re roped into a conflict between the current iteration of the Jedi Order and the remnants of the Sith.

Under anyone else’s pen, this could all be really straightforward and kind of boring, but Bechko and Hardman inject Legacy with a lot of life. It exists perfectly within the Lived In Universe concept of Star Wars. Every decision Ania and crew makes feels motivated by a need to survive. The Galaxy is a tough place, and it’s only going to get tougher unless they make a difference. Plus, Hardman and Thies actually found a way to make a dude with a giant fish head be super expressive. If that’s not worthy of some kind of comics award, I’m not sure what is.

The reason my mind snapped instantly to this fantastic series is mostly because of the rumor that one of our leads in The Force Awakens will be the daughter of Han and Leia. There’s a part of me that is desperately hoping that she is imbued with a lot of Ania. Ania’s rejection of her familial history, but her very real desire to do good and to help others makes for an interesting internal conflict. Han Solo is just a legend to her. One she’s not even sure exists. In the day to day, her last name doesn’t mean much to her. Space Apples must not fall far from Space Trees, though, because Ania didn’t just inherit her great-great-(great?) grandfather’s stubbornness and tow cable-like ability to latch onto do-gooders, but Leia’s ability to lead and inspire others to be their best selves. Oh, she also got both of their wits smushed together into one so she’s basically a walking Thermal Detonator built out of attitude. It’s amazing. The way Ania’s tough demeanor is balanced with her uncertainty and vulnerability as a person adrift in all of this galaxy wide chaos is just something else. She’s a perfectly imperfect character and I think that’s something he new Star Wars could really benefit from.

While Ania is the shining light at the center of my infatuation with this beautifully illustrated and constructed series, there’s more that I hope The Force Awakens takes from Legacy. The Sith are scary in it, for what feels like the first time in ages. Bechnko and Hardman establish very quickly that Darth Wredd is a different kind of Sith; one who works from the shadows and relies on subterfuge. He isn’t a warlord sending armies and Star Destroyers out to annihilate planets or capture our heroes. He sows dissent and mistrust among an already shattered government just barely holding on. He wants you to think you’ve won, only to pull back the curtain and reveal you’ve only just furthered his plan and your own journey towards the Dark Side. Bechko, Hardman and Thies do such a fantastic job of making this unhinged radical feel threatening that even what should be a rote moment lands like force lightning.

The lone, wandering, cloaked figure with the malfunctioning red lightsaber in the trailer gives me hope that maybe the Sith in The Force Awakens will be more mysterious, more dastardly.

The movies are a long ways away, and I know Abrams and crew have scoured endless Star Wars minutiae for inspiration, but I don’t think it’s so wrong of me to hope that they happened upon Legacy with it’s rough and tumble heroine and it’s truly menacing Sith. Even if I don’t get what I’m looking for next December, these Star Wars comics exist and they are exactly what I was looking for.