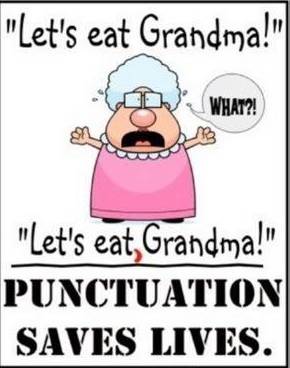 Every week, a different Panelteer will give you a rundown of the comics they’re most looking forward to for the week. Floppies, trades and omniboo are all fair game here. This week, Caroline tells us what’s on her pull list.

If there’s one thing I like more than superpowered ladies who express their feelings through punching, it’s ladies of any variety who accomplish the same thing with an electric guitar. Or. Well. I like them the same amount. Probably. It’s so hard to choose between superheroes and riot grrrls, if you happen to be me. Fortunately, in Captain Marvel #9, no one needs to make that call, because Carol Danvers is teaming up with intergalactic rock star Lila Cheney. Regular artist David Lopez is back with this issue, and i can’t wait to see where he and Kelly Sue DeConnick take this story. In a week with some highly anticipated Marvel books, this is my top pick.

Speaking of those highly anticipated books, a new Iron Man series is launching, and Sam Wilson will be taking on the shield of All New Captain America. Personally, though, I’m most intrigued by the relaunch of Ewing’s Mighty Avengers title. I’m not sure how the character lineup of this book will shake out in the long term, but the first issue description mentions Luke Cage and Jessica Jones. They’re one of my favorite Marvel couples, and Luke has always been the leader of my Avengers. I’m keen to see him interact with Sam in his new superhero identity. Hope this one’s good!

Now for a #1 issue I know almost nothing about, except that it’s a creator-owned book by Fred Van Lente. According to the plot description, The Resurrectionists features a hero named Jericho Way and “a motley crew of modern-day tomb robbers who have been trying to pull the same impossible heist for 3,000 years.” I’ve been convinced of Fred Van Lente’s anything-goes genius ever since the issue of Wolverine: First Class where Sabretooth disabled Logan’s super-senses by stuffing wasabi up his nose, so you know I’m going to give this a try.

Copperhead launched to a lot of advance buzz, but I haven’t heard much since then. Are people reading this? Do people like space operas that deal in inter-species political tension? (Saga). Do they like their space stories to have a Western movie feel? (Firefly) Do they like female protagonists who are no-nonsense law enforcement officers but really love their kids? (Copmom Momcop Click only if you want the most persistent and awesome earworm of all time). I’m pretty sure people like all of these things, and Copperhead has all of these things. Convenient! If you’ve torn through Saga and are looking for more, this is a good place to start.

Writer Duane Swierczynski has assembled an impressive resume at the Big Two (Birds of Prey, Cable, Immortal Iron Fist). But his roots are in crime writing — fiction and non — and Ex-Con dives gleefully into the world of grifters and lowlifes that its author so clearly loves to explore. The book has a bit of a supernatural (or New Age?) touch, in that lead character Cody Pomeray has a natural gift for reading ‘auras.’ Cody makes a deal with a bad guy, and then there’s a woman, and then there’s a risky job that has to get done. . .if you know this kind of story, you know the story, but you want to keep following every twist. The art leans toward cheesecake in a few panels — would a parole officer really wear that outfit on the job? — but overall it fits the tone of the book. Keith Burns has a distinctive style, with broad ink lines that provide most of the shading, while Aikau Oliva’s colors give the page an unreal shimmer, like you’re squinting into the California sunshine.

A new #1 from Vertigo, DC’s creator-owned line, is always something to look out for, and here’s another one for fans of crime comics. Set in New York’s Hell’s Kitchen of the 1970s — the look and era Daredevil spent years trying to emulate, even as the city changed — The Kitchen is the story of three women who take over the ‘business interests’ of their imprisoned husbands. I don’t know what to expect from newcomer Ollie Masters, but Ming Doyle is an artist I’ve loved since seeing her sketch cards for sale at Heroes Con, and this is the follow-up to her great work on the miniseries Mara. Becky Cloonan is responsible for the great cover art in this preview, and that’s a winning combination.

I’m cheating a little, here, because I already own the individual books in this collection and I probably won’t buy them again just now. But I can’t resist mentioning that every volume of my favorite manga series is now available in 3-in-1 omnibus format. That’s 27 of those familiar ‘manga-sized’ digests in 9 paperbacks. Viz 3-in-1’s are sturdy, easy to read and reasonably priced – especially when you consider that thee $14.99 that gets you 10-15 chapters of manga wouldn’t buy four of most Marvel comics. Whatever the format, though, FMA is a perfect gateway for superhero fans who are interested in exploring manga. It’s about tragic orphans who are too smart for their own good. There’s war and violence and body horror and a long process of recovering from guilt about all the horrible things that, once upon a time, you thought you were too good and too smart to do — so how come you did them anyway? There’s also lots of jokes, and a panda who everybody thinks is a cat. It’s comics. It’s basically my favorite thing.

I’m also planning to pick up Wytches (what creepy thing will happen THIS week?) Thor #2 (who IS the new Thor?), and She-Hulk (will Jennifer Walters be awesome? Because I like to include a question I know the answer to*).

What’s on your pull list this week, Panelfolk? Talk to us in the comments section!