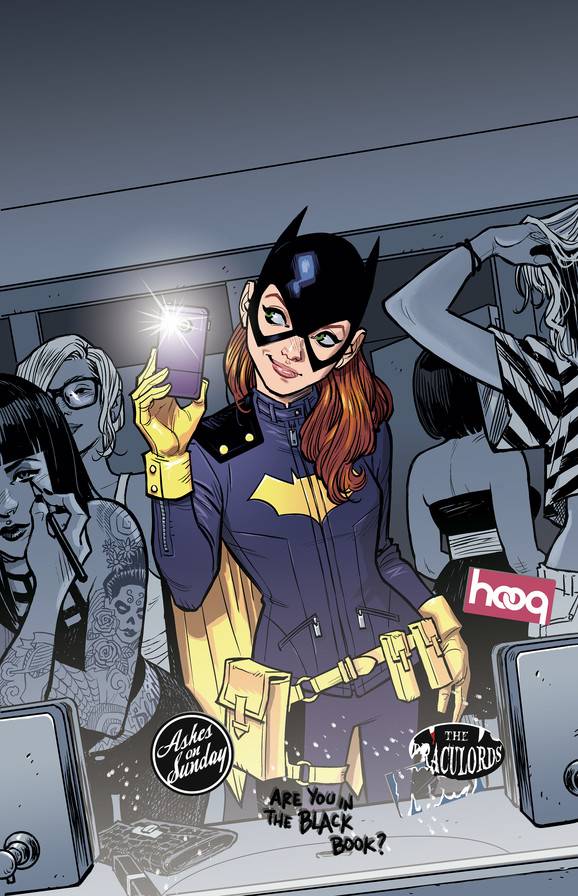 This week, Batgirl got herself a new creative team. With Batgirl #35, Brenden Fletcher and Cameron Stewart took on the writing duties while Babs Tarr handled the art. It’s a major change for the youngest female member of the Bat Family as she’s shedding her spandex for leather, her tied-on cape for one with snaps, and sleek knee-highs for chunky hiking boots. It’s a refreshing change for Batgirl and it’s one fans seem to be responding heartily to.

Beyond the latest issue, here are a few recommendations for those wanting more Batgirl in their lives right now.

1. Batgirl: The Greatest Stories Ever Told by Various

This is as good a place as any to start as this book contains the very first time Barbara Gordon took on the mantel of Batgirl all the way back in 1967. Most of the rest of the book contains stories from the early 1970s, with a few stories pulled from as late as 1998. If you’re looking for classic Batgirl action, this is the place to find it.

The first thing that needs to be said about this nine-issue miniseries is that it’s gorgeous. Marcos Martin and Alvaro Lopez create a vibrant, highly stylized world for Barbara to inhabit as this retelling of Batgirl’s early adventures unfolds. It also features guest-stars Black Canary and Green Arrow. If you only get one of these books, make it this one.

When the New 52 launched in late 2011, Barbara Gordon regained the mantel of Batgirl. She’d been out of the costume for years, but this relaunch got her back into her tights. The series is fairly dark and gritty, as were many of the titles at the launch of the New 52, but writer Gail Simone managed to inject Barbara with real feeling. Several volumes followed in this series, which lead up to this week’s relaunch.

After the events of Batman: The Killing Joke in 1988, Barbara Gordon was forced out of the role of Batgirl due to a spinal injury. Twelve years later, the role was finally filled by someone else. That is when Cassandra Cain, the silent former assassin, took the Batgirl mantel. This volume, long out-of-print and now out-of-continuity in the New 52, contains the first few issues of her ongoing series. All is not lost however as the series’ entire 73 issue run is available digitally at comiXology.

Cassandra held the role of Batgirl until 2009. Soon after Bruce Wayne appeared to die, she dropped the mask and Stephanie Brown, the former vigilante known as Spoiler and one-time Robin, picked it up. Barbara Gordon mentored Stephanie as the young hero did her best to fill the shoes of the various members of the Bat Family that came before her. It’s a deft coming-of-age story. Sadly, it too is no longer in-print or in-continuity. But, like Cassandra before her, Stephanie’s entire series is on comiXology. Seek it out.

For die-hard fans only, there’s this out-of-print volume. It contains the entirety of Barbara Gordon’s career as Batgirl from 1967 to 1975. It’s wonderful that it’s all in one place but the paper it’s printed on is rather cheap and the pages are all in black-and-white. The 400+ page count and original $17 price tag make up for it. This volume traces Barbara’s story from being the daughter of a police commissioner to a librarian to a congresswoman. If you can find it, try it out.

Batgirl has had plenty of other appearances in her 47 year career. Chime in with some of your favorites below!