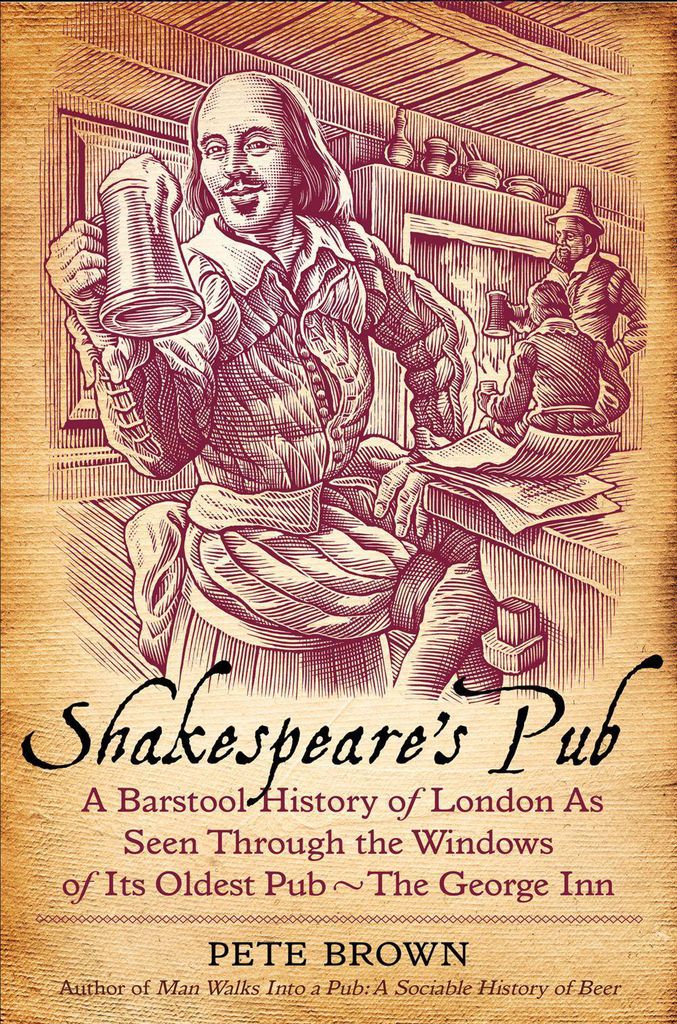 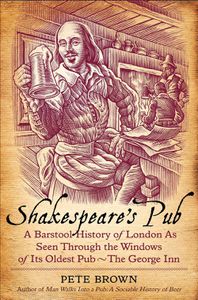 This installment of the Riot Recommendation is sponsored byShakespeare’s Pub by Pete Brown.

Welcome to the George Inn near London Bridge; a cosy, wood-panelled, galleried coaching house a few minutes’ walk from the Thames. Grab yourself a pint, listen to the chatter of the locals and lean back, resting your head against the wall. And then consider this: who else has rested their head against that wall, over the last six hundred years?

Chaucer and his fellow pilgrims almost certainly drank in the George on their way out of London to Canterbury. It’s fair to say that Shakespeare popped in from the nearby Globe for a pint, and we know that Dickens certainly did. Mail carriers changed their horses here, before heading to all four corners of Britain—while sailors drank here before visiting all four corners of the world.

The pub, as Pete Brown points out, is the ‘primordial cell of British life’ and in the George he has found the perfect example. All life is here, from murderers, highwaymen, and ladies of the night to gossiping peddlers and hard-working clerks.

Last week, we asked you guys to tell us about your favorite books that take a creative approach to talking about history.  You know, those books you wished they had you read in school instead of the dreadfully dull ones that are, more often than not, the ones that make it on the required reading list.  Some of you chose alternate histories and historical fiction, and others recommended non-fiction titles. We’ve separated them out for you, and here’s what you came up with:

The Notorious Benedict Arnold and Bomb by Steve Sheinkin

The Professor and the Madman by Simon Winchester

The Conquest of America: The Question of Other by Tzvetan Todorov

The History of the World in 6 Glasses by Tom Standage

An Utterly Impartial History of Britain by John O’Farrell

Destiny of the Republic by Candice Millard

Devil in the White City by Erik Larson

The Bronx is Burning by Jonathan Mahler

At Home by Bill Bryson

The Suspicions of Mr. Whicher by Kate Summerscale

The Disappearing Spoon by Sam Keane

The History of the Siege of Lisbon by Jose Saramago

The Balkan Trilogy by Olivia Manning

Life and Fate by Vasilly Grossman

The Lymond Chronicles and House of Niccolo series by Dorothy Dunnett

The Black Death: A Personal History by John Hatcher

The Great Stink by Clare Clark

Wolf Hall and Bring up the Bodies by Hillary Mantel

Blackout and All Clear by Connie Willis

What did we leave off? Leave your suggestions below!