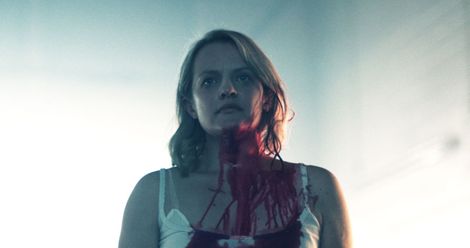 [Spoilers for S02E2, TW for sexual assault and harm to LGBTQ+ communities]

In the last year, I’ve stopped watching two TV shows I used to enjoy up till this season—How to Get Away With Murder and Shameless. They just seem more like tasks than mindless entertainment. Too much gore or horror, too many criss-crossing plot lines, violence or discrimination against women—there are so many things that make me stop watching TV. Why is it, then, that I still can’t seem to stop watching The Handmaid’s Tale, which has all of those things? 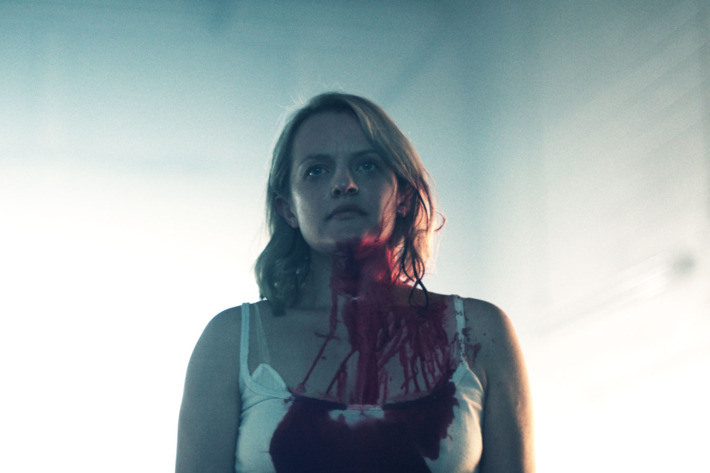 Despite its second season being absolutely terrifying and even more traumatic than the first, I religiously tune in. Every week I shudder at the thought of a new episode, and have to prep myself for an hour of devastation. It’s not easy. I have to mute the volume sometimes. I have cover my eyes, or pause to grab tissues because of my eyes leaking fluid…but it’s still not a “task” for me personally, somehow.

Lots of my friends, as well as Book Riot colleagues, are avoiding watching something that is basically a beautifully shot nightmare. And it’s completely legitimate to not subject yourself to a show which needs all the trigger warnings in the world, when honestly we could all use something to lift our spirits every day. So I have been thinking about what it is that makes it click for me, and why I continue to glue my eyeballs to it with morbid fascination.

We’ve delved into this before: why watching The Handmaid’s Tale is so universal and hard-hitting for us, across continents, irrespective of developing or developed countries. We know that our own realities aren’t that extreme, surely it’s…not that bad, but the rape culture (both online and offline) is real, and it’s debilitating. The opportunities snatched from us, the responsibilities expected of us—it’s all ridiculous. And right now, most men seem to exist on a plane where the best of them think it’s okay, and the worst call us feminazis. We’re constantly told by friends, colleagues, and partners that we’re being paranoid and/or that our anger is an overreaction, and maybe therein lies the key to the role that this TV show is playing.

While the book was penned by Atwood as a cautionary tale, the TV adaptation is set in the present, so close to reality and horrifically plausible, more so because of the political climate. The story has therefore toppled over the edge of being cautionary and moved into the realm of weirdly cathartic. It feels like seeing women being oppressed on this grand scale is perhaps the only way that men seem to be understanding, and agreeing that the male-dominated fascist powers are unequivocally bad. I mean, no one can really find the space to say #NotAllCommanders are evil, can they?

Because let’s be real, this show gives us no emotional relief. I’m not waiting for a grand payoff, where the women overthrow the Gilead and establish a matriarchy. While I would love to see that (the show has gone off the book, after all) I know that’s not where it’s headed. My watching it doesn’t even stem from a sense of responsibility to watch all the feminist TV shows which exist. Maybe I watched Jessica Jones because of that, but that’s not the case here. Yes, I was elated that it got some very well-deserved Emmys to women last year, but that’s not why I’m watching either.

Watching The Handmaid’s Tale just makes me heart scream “YES! YOU SEE!? This is what we were telling you all. This is where we’ll end up, and no one will notice.” This is what the men sending us rape threats on Twitter are capable of imagining and doing, if we let them get away with it.

The flashbacks where we get to know more details about how exactly things escalated are so very interesting (read devastating). One day you’re an editor at a publishing house, going about your day, getting coffee from the café down the street and joking with your friends, and the next day you’re stripped of access to your bank account. One day, you’re finding it unfathomable that LGBTQ+ people might be forced to go back into the closet, and the next day, a member of the community is publicly executed and there’s not a thing you can do except run to Canada.

This is why we’re fighting every damn day.

There have been discussions about the violence and torture in the show being somewhat gratuitous, especially so in Season 2, since the extent of the novel’s plot has ended and it’s catching us unprepared, but I don’t think that angle is problematic for me. As Margaret Atwood has said, “I put nothing in that has not already been done sometime, someplace. So it’s based on human behavior.”

At least the bad guys are objectively bad in this world, and we’re all rooting for the women.