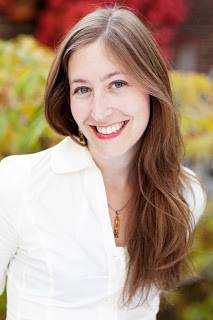 Jennifer Miller is this month’s Rioter in Residence. Her debut novel, The Year of the Gadfly (Houghton Mifflin Harcourt), was chosen as a 2012 Best Book by Kirkus Reviews and Self Magazine. Her journalism has appeared in the New York Times and the Washington Post Magazine among other publications. She is currently attempting to set the world record for the Most Book Clubs Visited By An Author in One Month.

In high school, here’s how I saw my life’s trajectory:

A little dramatic? I was sixteen. I was that girl in English class. You know the one I’m talking about. The girl who talks the teacher’s ear off in every class discussion. The one who fills her copies of The Great Gatsby, and The Sound and The Fury, and Invisible Man with so many notes, it becomes impossible to read the printed text. I asked my high school English department head for his study questions about Moby Dick, when I couldn’t get the Epic Literature class he was teaching. Then I proceeded to write answers to said questions one chapter at a time. Think I sound insufferable? I had an illustration of John Keats taped to the cover of my English binder.

Throughout all of this, I wasn’t thinking about getting into college. I cared about getting “As” only to the extent that the grade proved—to myself, my parents, and my teachers—that I was fucking serious about books. I knew other kids—and probably some of those teachers–might find me annoying, but I didn’t care. I wasn’t in it to make friends. I was in it—duh!–to learn the secrets of the universe. Because where else did all fundamental truths originate, if not in the pages of Wuthering Heights?

Which is all to say that 33, with two Masters degrees in the less intellectual fields of journalism and creative writing (btw, two masters do not a PhD make), I kind of miss my annoying, striving, book-obsessed teenage self. These days, I have trouble engaging with books that are dense, complicated, slow-moving, and emotionally distant—in other words, difficult. This means no Moby Dick, no The Sound and the Fury, no Ulysses. (My freshman year of college, I took a seminar in which the only book we read was Ulysses. What sane human being does that?)

It’s not that I’m gorging on fluff. Even when I seek out lighter fare, I like it to have a witty touch. (See Prospect Park West by Amy Sohn and Seating Arrangements by Maggie Shipstead. The latter, by the way, is insanely well-written.)  Some of my favorite novels of late—Louise Erdrich’s national book award-winning novel The Round House and Madeline Miller’s Song of Achilles—are anything but snappy reads. But there’s a mystery at the heart of the Erdrich book and both novels feature narrators with whom we are clearly meant to empathize.

Part of me misses my literature-obsessed teenage self. I miss reading for big ideas and symbolism and the challenge of deciphering books in the way that mathematicians solve complex equations. The truth is that these days, I read mostly for escape. So much in life is challenging. My brain works so hard.  I read because I want to give it a rest.

I do not regret becoming an author and journalist instead of a literature professor. I’m thrilled to be in a creative field and spend my time engaging with characters and plots and, yes, even symbolism and narrative form. I’m just doing it in a different way now than I used to. But I have to say that the very act of composing this post has inspired me to grab a big, thick, complicated book and see what I can dig out of it. I’m heading out to the bookstore right now. Still, I know that when I get there, I’m going to make sure that whatever book I choose also tells a hell of a good story.