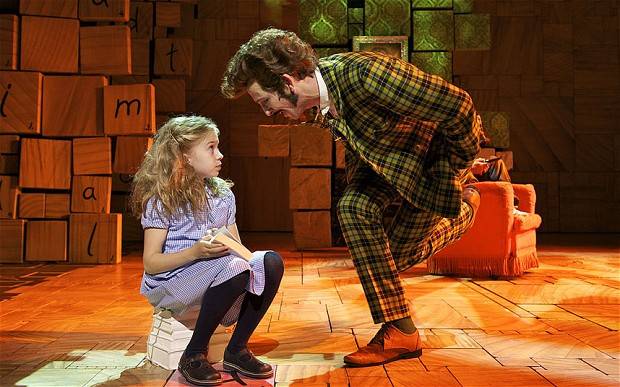 Last week, after quite a bit of suspense, ABC announced that Marvel’s Agent Carter will return for a second season. The show will once again premiere at mid-season, during the Agents of S.H.I.E.L.D hiatus, which suggests we’re in for another short-but-sweet run of eight-or-so episodes. Hayley Atwell will, of course, return as Peggy Carter, and early reports also hint that the show will undergo a change of location.

Other than that, not much has been announced.

Now I loved Season 1 of Agent Carter as much as anything that’s been on network TV so far this year. Heck, if you make an exception for the 30 seconds or so of Daredevil where Charlie Cox is looking directly at the camera and crying — I’m not made of stone — I liked Agent Carter better than anything Marvel Studios has produced this year.

But Season 1 wasn’t perfect, and even the stuff I loved can’t just be repeated, or what’s the point? So, with that in mind, a short wishlist for Season 2 of Agent Carter:

The lack of racial and cultural diversity in Season One was a huge point of criticism, and justly so. Yesterday, Swapna posted excerpts from the #DiversifyAgentCarter hashtag started by Mikki Kendall on Twitter. The hashtag itself is a great resource for talking not only about the show, but about the historical contributions by minorities that are so often omitted from fiction (and history books) about twentieth-century America.

Diversity is important so that viewers of all backgrounds can see themselves as part of the stories we tell about our heroes. It’s important for the way we talk about history. In the case of Agent Carter, featuring a more diverse cast would also be directly relevant to the themes of the show. Peggy’s alliance with Agent Sousa, who was disabled due to a war injury, was reinforced by the sense that they both have particular obstacles to overcome. No less of an American insider than Howard Stark was retconned as a probably Jewish kid from the Lower East Side, to create the sense that neither of them was welcomed into American postwar institutions. The theme could only be strengthened by introducing characters who have experienced other kinds of prejudice.

Marvel canon already contains characters who could fit into a more diverse Agent Carter. The Japanese-American “Fresno” Jim Morita and the African-American Gabe Jones have already been introduced in Captain America: The First Avenger. (In fact, Jones is based on a comic book character who became a love interest of Peggy Carter). There’s also Isaiah Bradley, an African-American character from Truth: Red, White, and Black, or Jimmy Woo, a Chinese-American FBI agent character who first appeared in comics by Marvel’s predecessor company in 1956. And if none of them fit the bill, new characters are a valuable addition to a diverse canon that subsequent creators can build on.

There’s ample precedent for a more diverse cast, both in comics canon and in history. It would strengthen the show’s themes, people want to see it, and it’s the right thing to do. Get on that, Marvel.

Increasing the diversity of Agent Carter’s cast would be a step in the direction of intersectional feminism. Audiences are more than ready for this, and we’re also ready to get past the occasionally anvilicious ways that the show approaches the treatment of women in the workplace.

Having a boss or colleague make sneering comments about how women are only good for taking lunch orders is simultaneously too much and too little. It lets us know who to boo and hiss at, but also neatly suggests that this type of behavior is firmly in the past. Viewers who tuned in to see a wish-fulfillment story about Peggy’s success were repeatedly bombarded with examples of unsubtle sexism (some of which isn’t that different from what, say, a woman director on a television show in 2015 might experience). Viewers who wanted a nuanced exploration of the achievements and obstacles of a women in a mid-20th century workplace — well, let’s be real, they were probably watching Mad Men or Call the Midwife.

Nobody’s asking Agent Carter to be a historically accurate drama — it’s about Captain America’s girlfriend hanging around with Iron Man’s dad, after all — but either stick to wish-fulfillment, or do a better job figuring out what 1948 was really like.

3. Give Peggy a chance to drive the plot.

When I was writing about Agent Carter as the episodes aired, I tried to cut a fair amount of slack to the plotting and structure of the series. The way Season One was put together gave a distinct impression that it had been mapped out without being sure how many episodes the show would have, or what guest actors would be available. This time around, with more lead time and the basics of the show hammered down, there’s more to scrutinize in terms of plotting.

When the show premiered, I wrote about the opportunity to create a female driven-show, with Peggy’s dreams and desires as the engine of the story. Season One ultimately succeeded at about half of that. Peggy’s sense of responsibility for Steve’s death, and her attempt to find a way to serve in civilian life, provided the emotional weight of the series.

The plot mechanism, however, was mostly driven by the need to clear Howard Stark’s name and recover his stolen inventions. The tension of the story was, primarily, “Will Howard’s name be cleared?” It is (perhaps too) well established that I find Howard Stark, as played by Dominic Cooper, to be one of the most appealing characters in the history of fiction. However, even I will admit that this is a structural weakness in a show with Peggy Carter as the ostensible protagonist.

It’s Peggy’s show. Let the show be about her.

So far, only Hayley Atwell has been confirmed as a member of next season’s cast. Obviously, she’ll need supporting characters. Angie Martinelli (Lyndsy Fonseca) is a character every right-thinking viewer would like to see back. Peggy may be headed for the West Coast, which would be a perfect chance for Angie to get her shot at stardom — and do some undercover work, as well.

Peggy’s partnership with Jarvis was another highlight of Season One; fingers crossed we’ll see more of James D’Arcy, and maybe even Jarvis’s elusive wife.

As for Howard, well — the guy is such a force of nature even I know he’s best used sparingly. If Dominic Cooper is busy starring in Preacher, this might sort itself out. It would be nice to have a cameo, at least, and see how smoothly Howard really move among the stars of Hollywood. (Didn’t I mention? I’m not made of stone.)

So that’s my wishlist. What are your hopes for Season 2 of Agent Carter?

What’s cool, new, and worth talking about in the world of comics? Subscribe to our weekly podcast Oh, Comics! to find out.