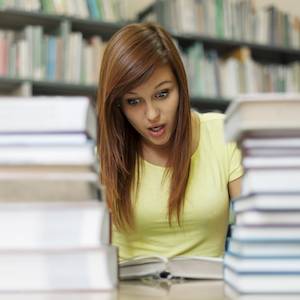 While we at the Riot are taking this lovely summer week off to rest (translation: read by the pool/ocean/on our couches), we’re re-running some of our favorite posts of 2014. Enjoy this Best Of, and we’ll be back to your regularly scheduled programming on Monday, July 7th!

I’ve been thinking a lot about Woody Allen’s recent lifetime achievement recognition at the Golden Globes and the media maelstrom that quickly ensued. Both Allen’s ex-partner Mia Farrow and their son (or possible Mia Farrow and Frank Sinatra’s son) Ronan Farrow took to Twitter (the medium of the people!) to voice their outrage.

That night Ronan posted “Missed the Woody Allen tribute – did they put the part where a woman publicly confirmed he molested her at age seven before or after Annie Hall?” The following morning Farrow tweeted “A woman has publicly detailed Woody Allen’s molestation of her at age 7. GoldenGlobe tribute showed contempt for her & all abuse survivors.”

Of course I knew about Woody Allen’s infamously creepy marriage to his stepdaughter Soon-Yi Previn, a relationship I (and I think the rest of…everybody) am extremely uncomfortable with. But up until the Golden Globes fallout, I had never heard that Allen and Farrow’s stepdaughter Dylan had come forward and told the world that her stepfather molested her as a small child. A lot of response pieces to this story have asked the question “Can we despise Woody Allen the person and still cherish Woody Allen the artist? Can we hate the man but love his movies?” This Refinery29 piece that answers this question with an “uneasy yes” set me off. Look, Annie Hall and The Purple Rose of Cairo were two of my favorite movies growing up. And now that I know what I know, they’re off the list. Yes, just like that. I don’t want to support the work of this man anymore. That nauseates me. And here’s the thing: I love LOTS of movies. I have other favorite movies that were not written and directed by a person who did one of the worst things to a child that you can do to a child. I’m not supporting Woody Allen’s work anymore. I’m not comfortable with an uneasy yes. I have to have enough courage in my convictions to be able to say a flat-out no.

Of course this is Book Riot, so let’s turn the focus over to books. I had a similar experience this summer watching the documentary Salinger. Until watching the doc, I was unaware of his skeevy relationships with teenage girls. I’ve loved his books, I was so excited about the new ones coming out, but these stories bother me, they bother me so much, and like Allen, I feel so uncomfortable proceeding forward with my relationship with this author. For similar reasons, I didn’t go see Ender’s Game, I don’t want to support Orson Scott Card and his aggressive homophobia. And if I ever have a child, how can I possibly read my little girl or boy Matilda and The BFG and then later have to explain to my kid that Dahl supported Hitler and hated Jews? How can I say an “uneasy yes” to all these authors? And why do I feel this insidious pressure to say yes? Is it because we’ve elevated these authors, all men, all white, to a legendary, almost-god-like status? I feel this pressure to “not agree with the author’s beliefs or actions, but still like the book because it’s a great book.” Does this palpable pressure apply to any authors or artists who aren’t super-famous white men? Let me know if you have an example, I can’t think of a single one and I’m DIGGING. Why do we put these men in ivory towers, why do we protect them, why are we afraid of challenging their hatefulness, and why are we afraid of pushing their work aside and replacing them with books we love written by authors we can support?

When I wrote about my discomfort with Gone With the Wind’s racism, I got a lot of responses that amounted to “Why are you trying to rewrite this author’s work?” and “Why are you supporting book banning?” I wasn’t doing any of those things with that piece, and I’m not doing those things now. I’m self-selecting. We choose the books we read and recommend based on genre, subject matter, length, etc. I’m just expanding my criteria. I’m not going to read your book if I think you’re a monster. I’m not going to know what I know and still support you.

How you handle these choices, with yeses or nos, uneasy or not,  is entirely up to you. I just wanted to take a beat to tell you how I’m handling it.