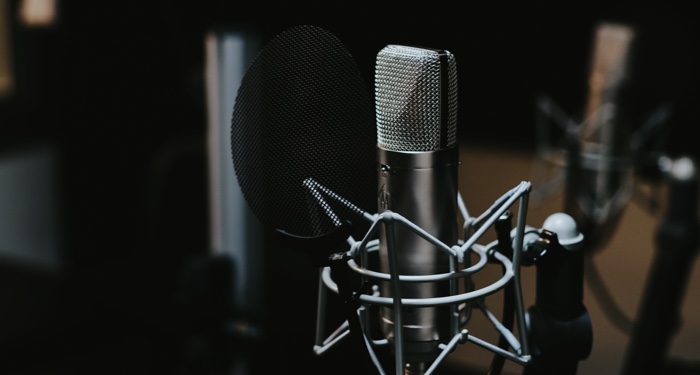 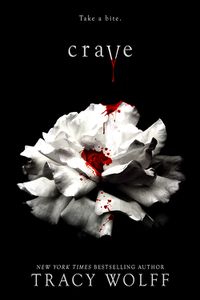 Crave is the first book in an exciting new young adult trilogy that’s on everyone’s wish lists this month! The story follows Grace, a teen forced to leave everything she knows and attend a dangerous boarding school full of warring factions. It seems like everyone wants her to go home, too. Especially Jaxon Vega. A dark vampire whose pain calls to something broken in Grace. But as much as they fight their growing attraction, they realize someone at this school brought Grace there for a reason--as bait.

Ever since getting into audiobooks, I’ve been learning more about which narrators I really like, and I’ve even gotten to the point where I want to follow books by narrator, not just author. Sometimes while browsing audiobooks I’ll discover that some are narrated by actors who are maybe better known for acting than voice performance, and that’s always fun. Perhaps the best example of this is when readers realized that Aristotle and Dante Discover the Secrets of the Universe by Benjamin Aliré Saez is narrated by Lin-Manual Miranda, before Hamilton made him a household name—his only YA audiobook credit, alas. But don’t worry, there are more great YA audiobooks narrated by actors to discover! 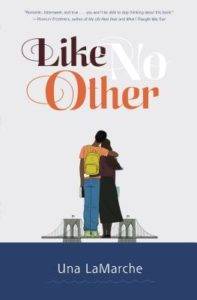 This YA novel follows Devorah, a Hasidic Jewish teen, and Jaxon, a Black teen, who fall for each other despite all odds. Jaxon and Devorah have lived their whole lives on the same street and never have met, but when a storm strikes Brooklyn and they’re stuck in an elevator together, they find a connection that surprises them both. They keep meeting, although they know neither of their families would allow them to be together, risking everything. This audiobook has two narrators—YA audiobook narrator veteran Phoebe Strole for Devorah’s chapters, and Hamilton star Leslie Odom Jr. for Jaxon’s part! This is his only YA audiobook performance, although he also narrates his memoir and two audiobooks about Dr. Martin Luther King Jr. 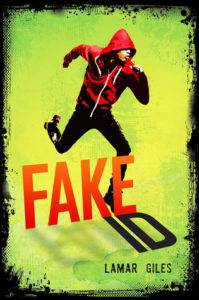 If you’re looking forward to a fun, fast-paced thriller, then this is a great pick! It’s about Nick Pearson—but that’s not really his name. He’s just moved to Stepton, VA when his new friend Eli Cruz dies…right before he uncovered a major conspiracy. Nick knows he needs to keep a low profile, but when Eli’s sister Reya enlists him to discover the truth about Eli’s dearth, how can Nick say no? The audiobook is narrated by William Harper, and if that name doesn’t ring a bell, then how about Chidi from The Good Place? That’s right, the guy who plays an ultra-book nerd narrates books! He’s narrated a few books under William Harper, and a few more under William Jackson Harper, all of them adult books or memoirs. 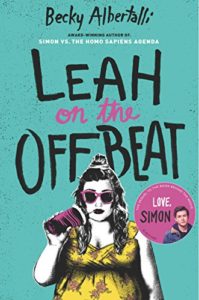 Leah on the Offbeat by Becky Albertalli

If you’ve read Simon vs. the Homo Sapiens Agenda, make sure you pick up this sequel, which is about Simon’s best friend Leah. Leah is a drummer in a band and she has a great friend group, but she also feels like an outsider at times. She can’t bring herself to tell her friends that she’s bisexual, and she and her young, single mom live a very different life from her friends. When her friend group begins to fracture, Leah is left even more adrift and clueless. This coming-of-age story from YA superstar Albertalli is narrated by Shannon Purser, aka Barb from Stranger Things! Since Purser is exactly the actress that I pictured for Leah in any move adaptations (no shade to Katherine Langford!), I am so happy to hear she gives voice to Leah in her own book! Alas, this is also the only audiobook that Purser has performed.

Category ID: 1529
Category ID: 2822
Category ID: 468
What’s Up in YA? Newsletter
Sign up for What's Up In YA? to receive all things young adult literature.
Thank you for signing up! Keep an eye on your inbox.
By signing up you agree to our terms of use 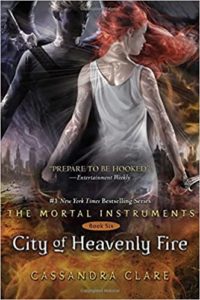 This is perhaps the more random choice on this list, but if you ever made it through the Mortal Instruments series to the sixth and final book on audio and thought that the male voice sounded kinda familiar…chances are you’re a Veronica Mars fan! This series is narrated by a lot of different actors, but the final book is partly voiced by Jason Dohring, who plays Logan in the Veronica Mars TV show and movie. It’s too bad that he doesn’t narrate consistently throughout the entire series, or this Marshmallow would definitely be rereading these books on audio! But alas, this is the only audiobook he’s done so far.

Who are some of your favorite (famous or otherwise!) audiobook narrators? Let us know on our YA Instagram feed!